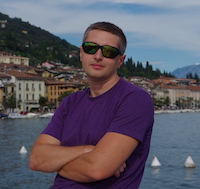 I am Software Engineer who loves to learn and experiment with new technologies. // Ruby on Rails // Node.js // Docker // AWS // Kubernetes // Web security // Currently work at BlazeMeter

Problem during migration on production you may encounter

Today I will show you how you can gather information about WordPress by loading and analyzing a single page; and then, based on this knowledge we will create...

How to getadmin password for wordpress using XML-RPC API and brute force attack?

I recently worked on the performance issue, which was solved by caching and I will describe below example of the solution which I came to.

In this post I will describe how to create simple ‘hello world’ app with sinatra and deploy it using google clouds platform.